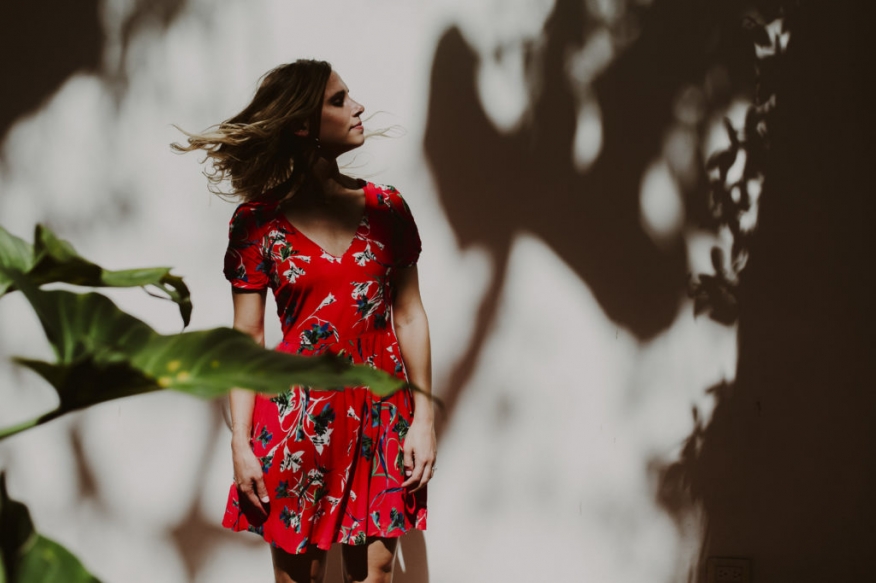 The location was amazing! A cozy Villa with a stunning view. To be a Wedding Photographer in Bahia de Banderas Bay is fantastic! It is one of the most beautiful places in the Pacific.

From Sao Paulo, Brazil, to Il Borro an amazing location for a luxury venue in Tuscany, Italy. Francesco and Marcela have chosen this five stars place to celebrate their wedding. The ceremony was in the intimate church of the typical Tuscan village located close to the main body of the Villa, Il Borro. The entire wedding was planned by one of the most important international wedding planner, Robert Cohen, that had chosen the best in every field: florists, music and lights, caterer, video, and photographer.

The bride’s dress has been made in Brazil by two of the most famous wedding tailor of the country, they were at the wedding as guests, and they helped the bride during her dressing.

My team was composed by me and two others photographers. Each of us was involved in different things. One with the bride, one with the groom – alone during their getting ready and together from the ceremony – and the other took photos of the details and followed the guests. I’ve worked mostly of the day in a photojournalistic style, catching candid moments and spontaneous situations. During the couple photo session I’ve moved in the Borro’s garden and old village when the light was good for intimate atmosphere: before and during the sunset – golden hour – and just before darkness – blue hour – so to have the better result in photography. I’ve also use infrared photography.

The reception was on the terrace of Borro with an amazing view of the Tuscan countryside.

Here a short selection of the story of the day before and the Big Day. 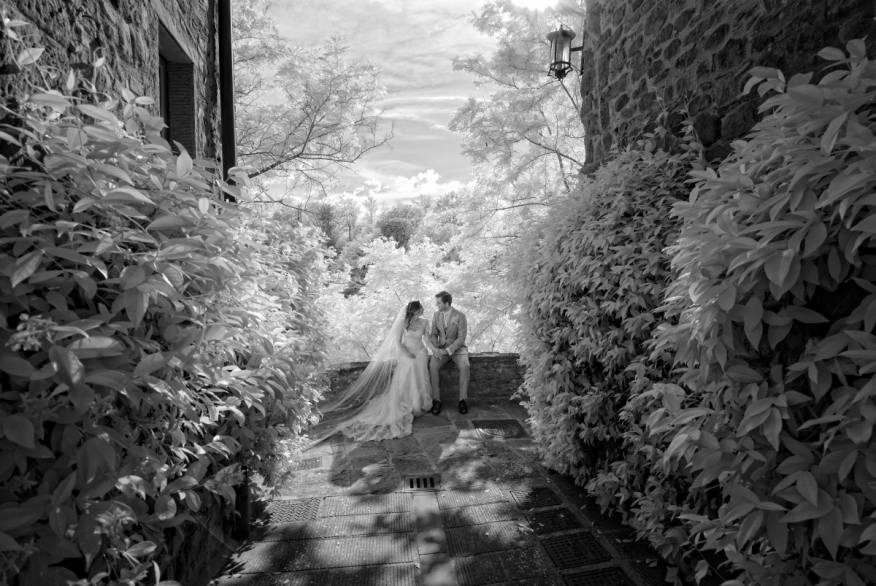 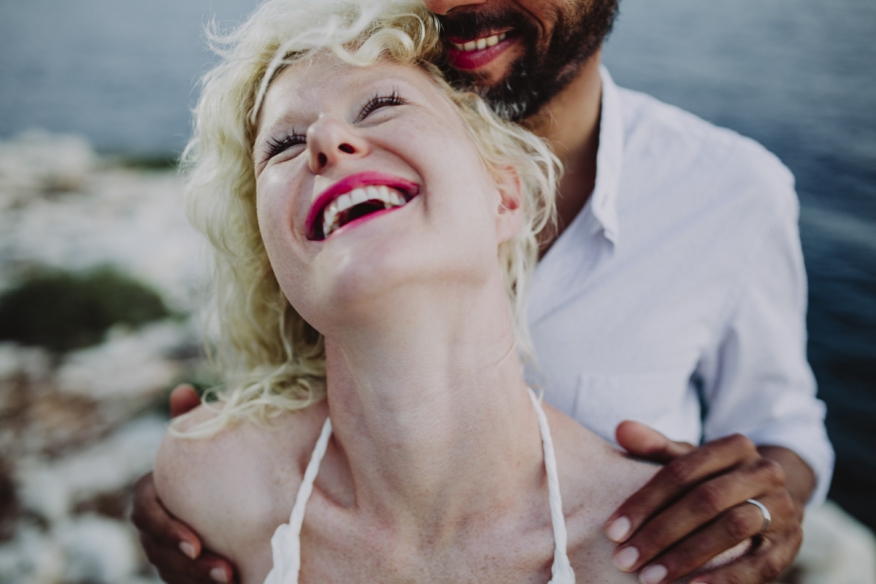 William & Anastasia – I had the chance to shoot in one of the most beautiful Cyclades Island in Paros, Greece. This was a love story honeymoon photo session full of romance, passion, and energy.

The cozy little churches were perfect for the photo session and environment was stunning.

Isabel and Tom decide to get married in the beautiful Tuscany, in Villa Catignano. Both the bride and groom got ready inside the Villa: Isabel, the bride, surrounded by her bridesmaids and Tom, the groom, started relaxing in the pool area with his groomsmen. The ceremony was celebrated in the lemon garden in a very intense atmosphere. After the confetti time, the couple took some photos in the Italian garden between trees and courtyards. The dinner was served outdoor with a suggestive sunset.

Last summer I had the great opportunity to shoot my first destination wedding in Portugal with Carolina & David, a cute half-French half-Portuguese couple. Since I wanted to make the most of it, we met in Porto the day before their wedding so we could shoot an engagement session in the Portuguese capital. Our story started right there, on Gondarém beach, a beautiful white sand beach just outside Porto.

That engagement session was a great opportunity to get familiar with each other and a chance for Carolina & David to get used to my camera. We took some really good shots in the beautiful city of Porto. Unfortunately, things didn’t go as expected. David received a call from his best man who was supposed to land in the evening. He was stuck in France where air controllers had decided on a last minute strike! For David, this was devastating, and a great source of stress since most of his relatives was supposed to fly on that day to Portugal! In a way, he was lucky because the strike only affected the one airport his best man was flying from…

Getting ready in a typical Portuguese house

Carolina & David did not want to see each other before the ceremony at the church. So they got ready in separate houses located next to each other. David was helped by his mom, and I could tell she was very emotional about the wedding. At one point David took a letter out of an envelope and started reading it. The couple had this brilliant idea of exchanging letters on their wedding day, which they would read during the getting ready.

Carolina did read her letter too. But to do so, she sat by the window behind a curtain. In the old times, this is exactly the place where the bride would wait for her husband-to-be to come by the window and shout his love for her.

A wedding ceremony in Viseu, Portugal

The wedding ceremony took place in a magnificent church in the small town of Viseu. There was a lot of emotion going with speeches by the closest relatives, including David’s grandfather, a 90-year-old man who had traveled all the way from France!

Next to the church there was this superb court with Roman arches. I thought I’d do the portraits there.

Wedding party inside an hacienda

The party took place in an ancient hacienda, renovated for weddings. I was so happy to shoot in such a beautiful location. There were some great candid shots to take there during the cocktail. Especially around the swimming pool when the sun was going down.

This was a fantastic experience for me, and I can’t wait to shoot another wedding in Portugal!