Savoca Wedding, where they shot the famous movie “Il Padrino.”

You have heard of the most famous Sicilian marriage in the history of the film, and perhaps you want to get married in Sicily for this… The marriage is the one between Michael and Apollonia. In the film Padrino, the couple organizes the wedding in the perfect Sicilian landscape.

For a wedding photographer, Savoca is a beautiful source of inspiration. The beauty of the landscape with the joy of the spouses.

Arriving with my team in Savoca in the “city of artists,” we immediately started telling everything that surrounded the beautiful landscape of Borgo San Rocco.

If you want to get married in Sicily and look for a wedding photographer, contact me! If you want a typical Sicilian place, Savoca is perfect!
Judy and Aidan hired me as a photographer for their wedding in Savoca a few months before the event.

The entire Borgo San Rocco Resort was reserved for their friends and relatives.

It was a symbolic wedding ceremony a few steps from the resort, on a terrace with spectacular views of Taormina.
Then the couple and their guests returned to the resort for the reception accompanied by a Sicilian musical group.
Songs and dances were the protagonists along with the spouses; but also, the speeches were important and exciting!
I am a wedding photojournalist, do you like my photographic style and want to get my reportage? Contact me; I am available to travel for new wedding reports both in Sicily and away from my base.

I am very professional in my work

I photograph unique moments, and I have been doing it for many years.

The photographs are the only testimony, along with the wedding video, of what happened. This is also the reason why I pause to grasp the many details that the spouses have carefully chosen and organized for their marriage, and that will remain impressed in the memory through the photographs. 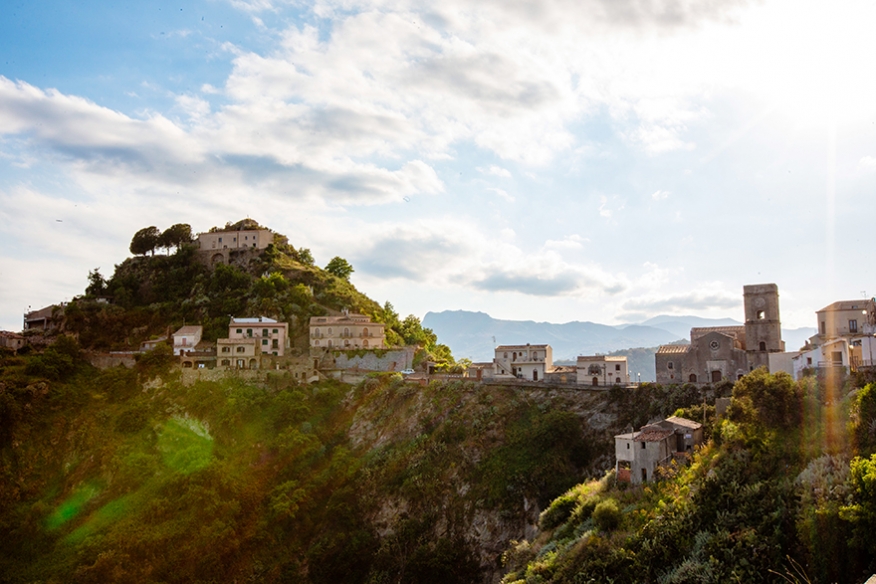 A Castello di Meleto Wedding is something to behold. Being Irish, we have a love of all things Italian, but I had yet to make it to Tuscany to photograph a wedding. Then, last winter, Angela & Tom got in touch with me at Aspect Photography to photograph their wedding in Tuscany. It was a cold evening, and I could vividly picture the sun-soaked landscape, I was delighted that they chose me to be their wedding photographer.

Fast forward eight months, and here we were. At the spectacular Castello di Meleto in the middle of a heatwave, the temperature was touching 40c, but it didn’t matter. There were plenty of ways to keep cool with two swimming pools and a bar with easy access to some Aperol Spritz! Is this work??!

The wedding day itself was something to behold. It was perfect. From the laid back preparations to a fantastic ceremony under the huge oak tree to the band leading all the guests back to the drinks reception.

We got rain. Yes! And a little thunder but it was only a passing shower. Once the sun emerged, we made our way to get a quick few couple shots and made the most of the beautiful Tuscan landscape.

The party was well and truly underway. Speeches took place throughout the meal. They were followed by a very theatrical assembly of the wedding cake! Tom and Angela had an impromptu first dance with the band playing int he background.

It all moved inside to the bar where, like Irish Weddings, the party got going. Amazing time. And a pleasure to witness.

This beautiful intimate elopement wedding took place in Riviera Maya, Cozumel Island. It was amazing to go to the other side of the island and continue with the trash the dress photo session. 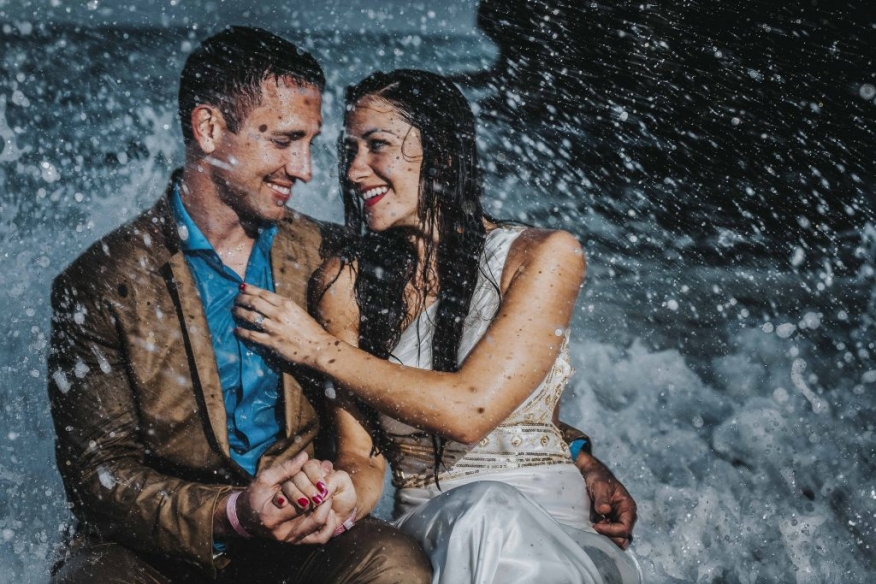 It couldn’t get any more unreal than that! Chin Ta and Stephanie came in Fiji for their honeymoon, and they found paradise! They were staying at Lomani island resort (at Malolo island in the Mamanuca island group of the Fiji islands), an adult only resorts, by the beach with its white sand and swaying palm trees. For their photo session, they wanted something original, so we went to the sand bar nearby: it disappears at high tide and becomes your private island for a few hours at low tide. The water is crystal clear. When at this location, you feel on another planet. To put the cherry on the top of the cake, we finished the photo session with a dive and did some underwater photography.

Enjoy the viewing. To see more head to weddingphotographer.kiwi and contact me for your wedding.

Elopement in Mykonos, the island of the winds

Jonathan and Keleen love adventures. To them, life itself is a beautiful adventure that you should share with your better half. And that’s precisely how they feel about weddings too. That’s why, during a romantic cruise in Europe that eventually brought them to the legendary Greek island of Mykonos, they decided to elope. And although the decision was taken on the spur of the moment, they couldn’t have made a better choice. Mykonos, the crown jewel of the Cyclades, is famous not only for its golden sand beaches, charming traditional architecture, and fascinating mythology but also for its fabulous nightlife and glamorous parties. Keleen fell in love with the Mykonian windmills, the iconic landmark of the island, so a good part of the wedding photoshoot was done there. I hope the result was worthy of her expectations!

Jonathan and Keleen chose St. John Hotel for their intimate wedding ceremony. I had the chance to take some great photos of the groom during his pre-wedding preparation. Then it was Keleen’s turn. She was so natural and relaxed during the bridal makeup and hair styling that she didn’t have to pose at all for her awesome photo portraits.

The “first look” photos were taken inside St. John Hotel, on a magnificent white terrace with spectacular views over the beach of Agios Sostis and the infinite Aegean blue. And then it was time for some amazing photos in front of the emblematic monument of Panagia Paraportiani, a dazzling white complex of five little chapels built between the 15th and 17th centuries. Paraportiani, which is dedicated to the Virgin Mary, is very popular among couples from all over the world who come to tie the knot in Mykonos and one of the most photographed spots on the island. If you asked me what made Jonathan and Keleen’s photos so vibrant, lively, and unique, I would say that it was their cheerful disposition and playful mood. They saw the photoshoot as a carefree game and played hide and seek in the labyrinth of the picturesque narrow alleys and whitewashed houses of Chora, enjoying every moment like two happy children without a care in the world.

The quiet private wedding ceremony took place inside the hotel, at the church of St. John, a cute white chapel. Love was palpable in the air, and one look at this beautiful couple would be enough for everyone to understand why they didn’t need anyone else around them that day…

Jonathan and Keleen, thank you for choosing me as your wedding photographer and for your trust and all your positive energy. May your life be always as sunny and bright as that magical day in Mykonos!