England has some amazing wedding venues with a lot of tradition, and Sherborne Abbey in Dorset is just one of those venues. It’s in the county of Dorset in the South of England, and the Abbey has been a place of worship since AD 705. Such an amazing building to photograph a wedding in, and it can be a bot overwhelming. Whenever I find myself photographing in these kinds of places, it’s good to remember that it’s all about the people and the relationships. Using the impressive building and surroundings as a scene setter, it’s important not to get drawn away from the things that matter – the people!

Although I’m based in Hertfordshire and London, I do get commissioned to photograph weddings all over the UK and some destination weddings too. I’ve photographed a couple of fine venues in the South West, including Maunsel House and the Symondsbury Estate, but this was my first time at Sherborne Abbey. Before I photographed there, I met Laura and her sister at Holbrook House Hotel for some preparation photos. They were getting ready on their own, and it made for some lovely intimate pictures of the two sisters.

The Abbey did not disappoint as far as providing such a splendid background for this wonderful wedding. 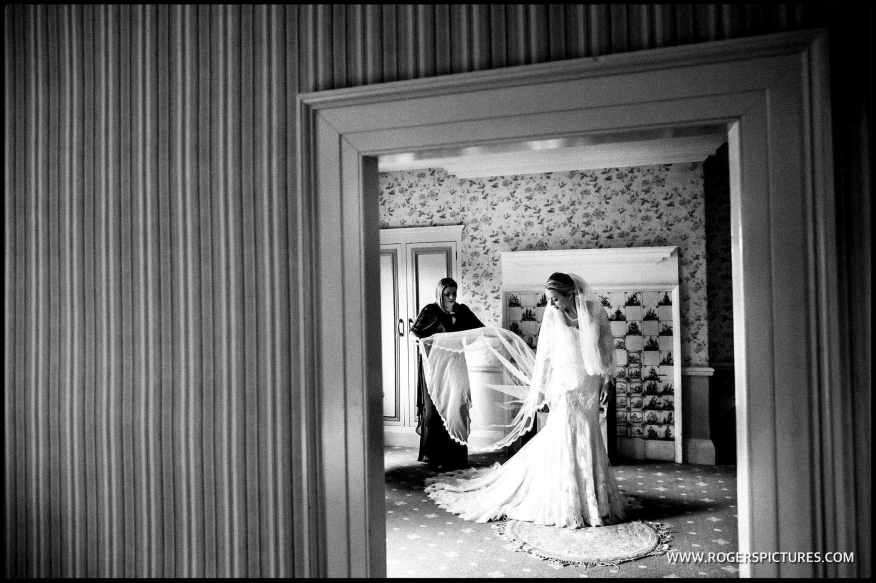 « Wedding in Villa Balbianello, Lake Como, Italy A wedding on the other side »