Mykonos is famous for the windmills, the churches, the narrow alleys, the blue and colorful doors, and windows. Miho and Masa, a couple from Japan had a cruise in the Mediterranean sea celebrating their first wedding anniversary. They decided that the best and most picturesque place at the cruises schedule that they would visit, would be the island of Mykonos. They contacted me as they wanted me to photograph them at the “island of the winds.”

We arranged a photographic “portraits” session at Mykonos Hora (the capital).

The only time they would be available was at 15:00 midday, the most difficult time for portraiture due to the extremely strong and contrasty light (not to mention the heat)!

Despite that, both me and them, we were very satisfied with the photographs!

Here is a small sample…. 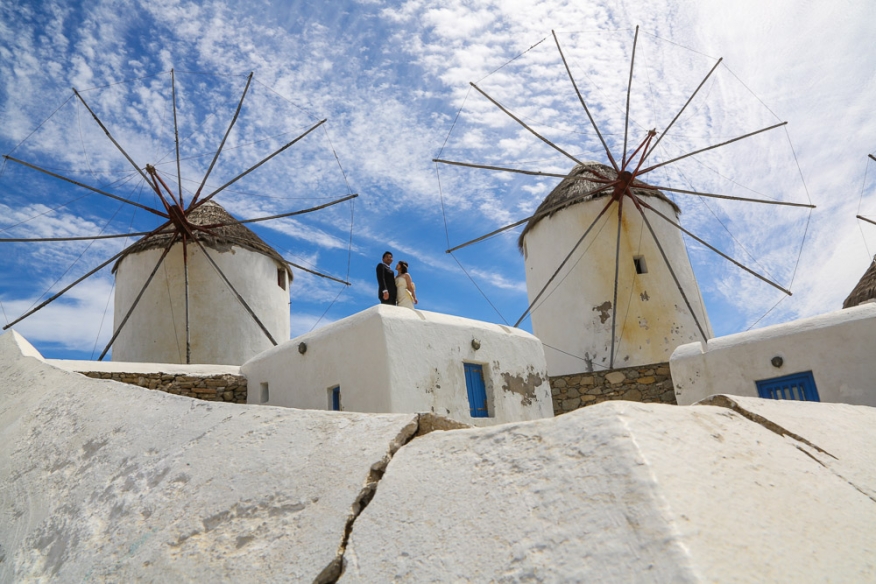